The Exotic Tribes of India- Yaksha

ORIGIN
The Yakshas have the same origin as that of the Rakshasas.They are said to have originated from Pulastya rishi back in Swayambhuva Manvantara. Although ti remain a matter of question whether Pulastya rishi was the ancestor of Yakshas and Rakshasas but it is quite evident that the descendants of Pulastya rishi could have intermixed with the Yakshas and Rakshasas. Female Yakshas were called Yakshi.
Yakshas are the first of the exotic tribes to be mentioned in the earliest times. ( Dhruva's encounter with Yakshas)


YAKSHA KINGDOM
Where was the kingdom of Yakshas? If we see, when Dhruva had attacked the Yakshas , it is mentioned that they used to live in the city of Alaka in the Himalayas. But during the times of Ramayana, we have Kubera ascend to kingship of Yakshas and living in Sri Lanka. He was thrown out of Lanka by his step brother Ravana and then Kubera along with other Yakshas, Rakshasas,Kinnaras and Gandharvas migrated to mount Kailash and started living there. In the Mahabharata we find that the Yakshas were indeed living near mount Kailash and had their kingdoms spread beyond it. Bhima and Lomasa rishi ventured into their area and have described their kingdom in detail. Different rivers like Vahuda, Mandakini, Bramhavodhya and Brihadvati are mentioned to be flowing through the Yaksha kingdoms. Different mountain peaks like Mandar,Ushivraja,etc are also mentioned. Gangadwara, a famous place mentioned in various scriptures was in the kingdom of Yakshas.

Peculiarities of Yaksha kingdom include the existence of beautiful gardens of Kubera called Chitraratha. This is a unique thing in Yakshas. These gardens were guarded by Rakshasas.A rare reference of gold mines belonging to Yakshas occurs in Mahabharata ( Udyoga Parva 111). Different kinds of divine trees,ponds with beautiful lotuses are also mentioned.
In a general sense we come to know that Yakshas,Rakshasas,Gandharvas used to live together in the Himalayas.


SOME FAMOUS YAKSHAS
Actually, very few Yakshas are mentioned by name in Ramayana,Mahabharata or even the Puranas. They are-

A Yaksha called Mankanak is said to be the doorkeeper of Yaksha kingdom. MBh(Vana parva 83)

Dhruva, the son of Uttanpada and grandson of Swayambhuva Manu had gone to kill the Yakshas in their Alaka city because a Yaksha had killed his step brother Uttama. There we find a detailed reference of how Dhruva killed a lot of Yakshas.
One of the sons of Vaivasvata Manu was Sharyati. His descendants started a kingdom called Anarta in present day Gujarat. In his family line was one king called Revata who built a city in the sea called Kushasthali. It was attacked by Yakshas and it is said that a huge congregation of Yakshas was held there. An interesting thing to note is that the present day Dwaraka built by Krishna stands on the same destroyed Kushasthali city..!!

It has been mentioned in Mahabharata as well as Ramayana that Yaksha kingdoms were guarded by Rakshasas which could indicate that Yakshas were surely superior than Rakshasas. Only in the case of Ravana, Rakshasas triumphed over the Yakshas. There have to be many tribes of Yakshas since Mahabharata ( Vana Parva 230) mentions Jambhaka Yakshas, as a type of Yakshas.

Yakshas are mentioned as people very cunning in nature.
These people were extremely rich as we find mentions in Ramayana about their prosperity. Kubera had one chariot called Pushpaka which could take him anywhere.
Also, we find Yakshas being mentioned as 'Guhya' people meaning strange and mysterious beings due to the fact that they lived beyond the Kailash in staunchly guarded cities.
And since even today the people living around mount Kailash are Hindus, we can conclude that over a period of time as divisions became blur, the Yakshas converted into Hinduism.
Posted by Unknown at 02:17 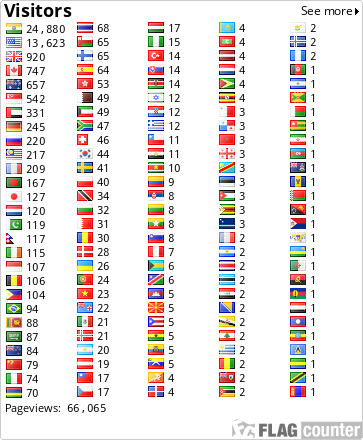